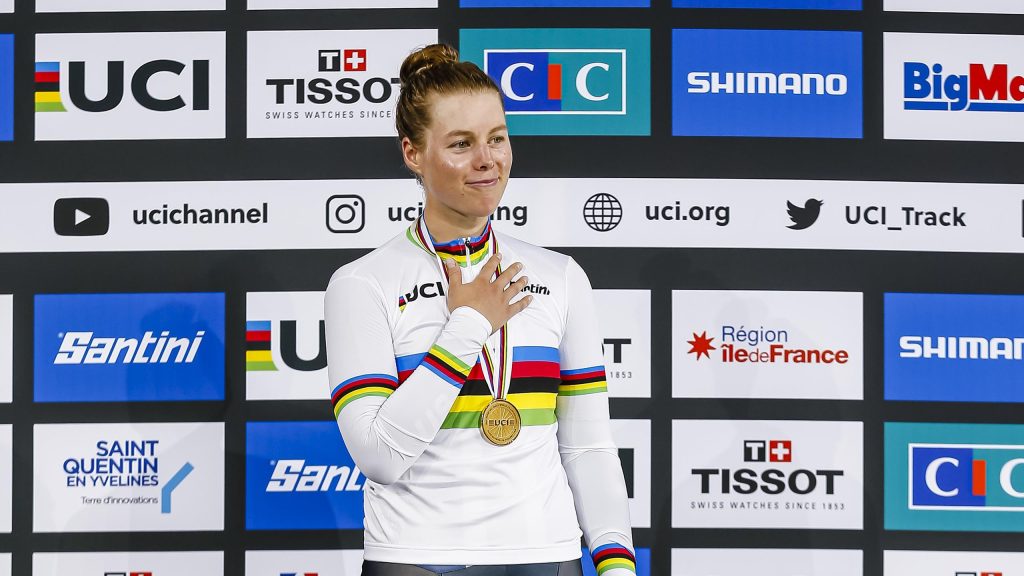 The line-up for the 2022 UCI Track Champions League has been completed with the list of riders taking part in the Men’s and Women’s Endurance competitions revealed.

Benjamin Thomas (France) had been named on the initial list of riders to have achieved pre-qualified status, but he will miss the series due to fatigue.

Thomas said: “I was showing signs of fatigue at the 2022 Tissot UCI Track World Championships, and even though they went well for me, they were really difficult after a long road season. I wouldn’t have been able to start the UCI Track Champions League in my best condition, or give my best performances, so that’s why I’ve taken this difficult decision.”

The full list of sprinters for the 2022 UCI Track Champions League has already been announced. Details on the 36 riders who will be taking part in that event can be found HERE.

There will be 22 endurance riders (11 men and 11 women) making their UCI Track Champions League debuts, which makes 39 riders (19 men and 20 women) in total, including the sprinters, competing for the first time.

Riders from 16 countries will be taking part in the Endurance competitions, with an athlete from Sweden (Gustav Johansson) in action for the very first time. Great Britain meanwhile, is the most represented nation, with six riders competing in the Endurance events (Sophie Lewis, Katie Archibald, Dame Laura Kenny, Oliver Wood, William Perrett and Mark Stewart).

There will be 22 nations represented across the UCI Track Champions League as a whole, with Great Britain the most represented nation with 10 riders.

There are 12 Endurance riders (split equally between male and female athletes) who had previously achieved pre-qualified status based on their favourable performances in the 2021 Tissot UCI Track World Championships, 2021 UCI Track Champions League, and their results over the early part of the 2022 season.

The remaining 24 riders who have now been confirmed qualified on account of their performances at the 2022 Tissot UCI Track World Championships. That event took place between October 12-16 at the Velodrome National in St-Quentin-en-Yvelines on the outskirts of Paris (France), which will also host round three of the UCI Track Champions League on Saturday, November 26.

There are also 12 places (six male and six female) awarded to riders who finished on the podium in any of the four individual Endurance events (Omnium, Points Race, Scratch Race and Elimination Race).

The racing format will remain unchanged, with sprint riders taking part in Individual Sprint and Keirin events during each round while the endurance riders battle it out in both Elimination and Scratch races.

‘Going to be fierce’

Jennifer Valente, who has now amassed five Tissot UCI Track World Championships titles, said: “I’m very proud to have been named on such a star-studded list and I can’t wait to get the racing under way in Mallorca. The competition is going to be fierce across the five rounds, and as a first-timer, the quickfire racing format is going to take a little getting used to. I’ll be doing all I can though, to round off what’s been an incredible year for me on a high.”

Oliver Wood, who also earned a silver medal at the 2022 Tissot UCI Track World Championships, said: “I’m really looking forward to making my debut at the 2022 UCI Track Champions League. The series has taken track cycling to another level, making the sport more exciting and accessible than ever before, and I’m particularly looking forward to competing in front of a home crowd in London.”

“Securing such a global and world-class field of male and female talent is amazing to see and I’m sure it’s going to guarantee five rounds of exciting, dramatic and hotly contested racing.”

David Lappartient, UCI president, added: “With the announcement of the entire endurance roster for the 2022 UCI Track Champions League, we now have the full picture of what to expect over the five rounds.

“There is no doubt that the competition will be intense between athletes hoping to confirm their performances from last year and others competing in this League for the first time. There will not be a dull moment, with 72 of the best riders in the world competing on back to back weekends, starting in just over a week.”