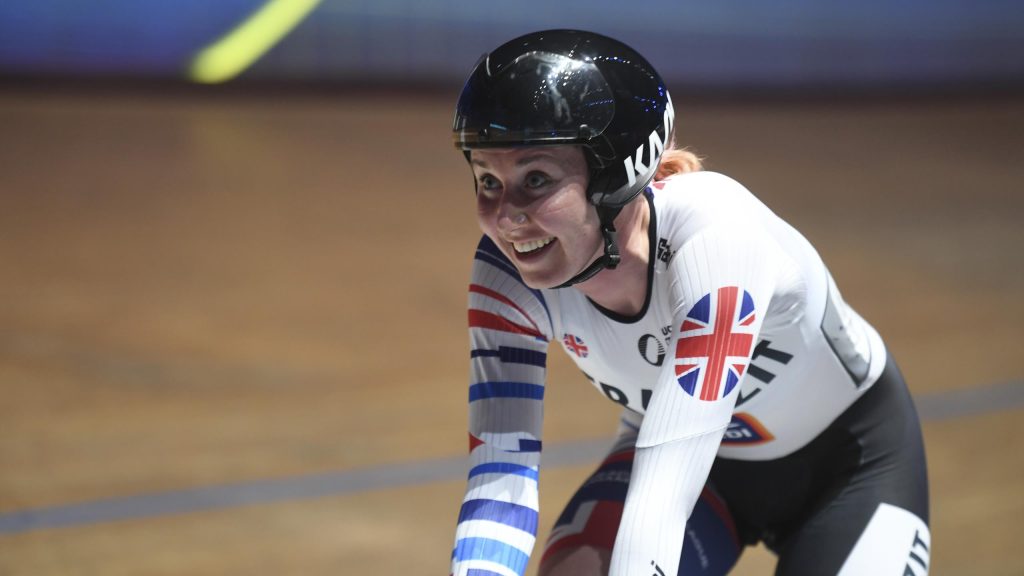 Praise rolled in for Katie Archibald after the Briton’s impressive opening night at the UCI Track Champions League in Mallorca.

Archibald tops the standings in the women’s endurance league after winning the elimination race and finishing fourth in the scratch race. The 27-year-old leads the standings on 33 points, three clear of Maggie Coles-Lyster (Canada).

She blew apart Dutch legend Kirsten Wild on the final lap of her elimination triumph, while she also showed impressive bursts of speed in the scratch despite allowing a three-strong breakaway to get clear.

Her latest success caps a terrific few months that have produced an Olympic madison title, a world omnium title and three European titles.

She’s just held such phenomenal form and it just shows her dominance. 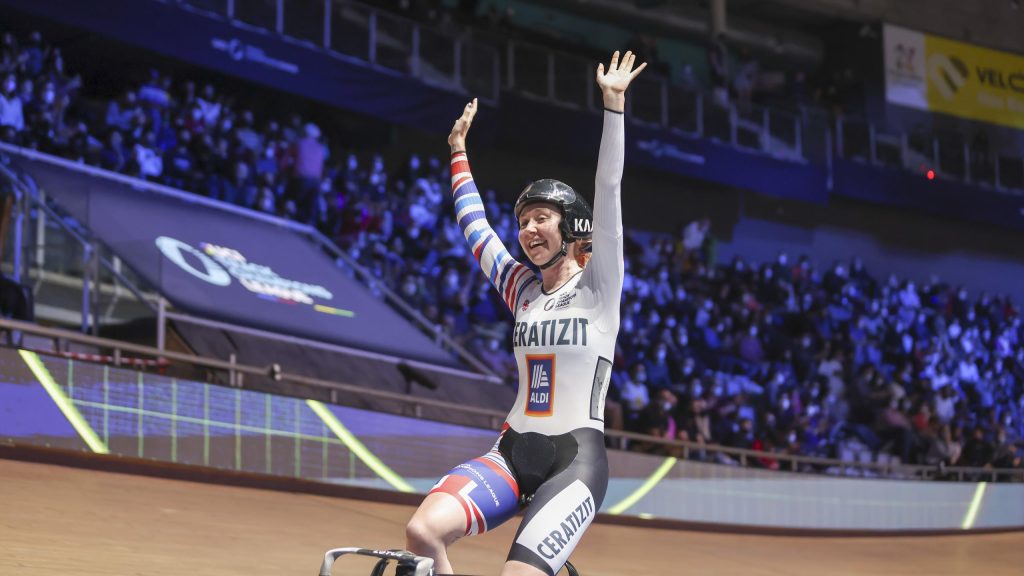 Chris Hoy was delighted to see his fellow Scot put in such a strong performance at the inaugural event.

“She just looked so strong,” said the six-time Olympic champion.

“You could see she was bridging the gaps and avoiding elimination with her turn of pace.

“Although Kirsten Wild is a class competitor, we know her capability at this level, Katie absolutely destroyed her in that last sprint. She had nothing left to respond to it.”

‘Good to see Lavreysen is not invincible’

Harrie Lavreysen (Netherlands) underlined his status as the world’s top sprinter with another impressive showing – even if he did only manage to finish second in the keirin.

Lavreysen swept the sprint titles at the recent World Championships in Roubaix, adding to his two gold medals from Tokyo 2020.

However, his slight blip in the keirin – after an imperious victory in the sprint – did not go unnoticed in the Eurosport studio.

“We kind of get to the point thinking ‘how can he be beaten?’ Well today he was. First time in a long time – well first time since Jason!”

Jason Kenny, Laura’s husband, produced a brilliant solo attack in the men’s keirin to stun Lavreysen and the rest of the field at the Olympics in August. 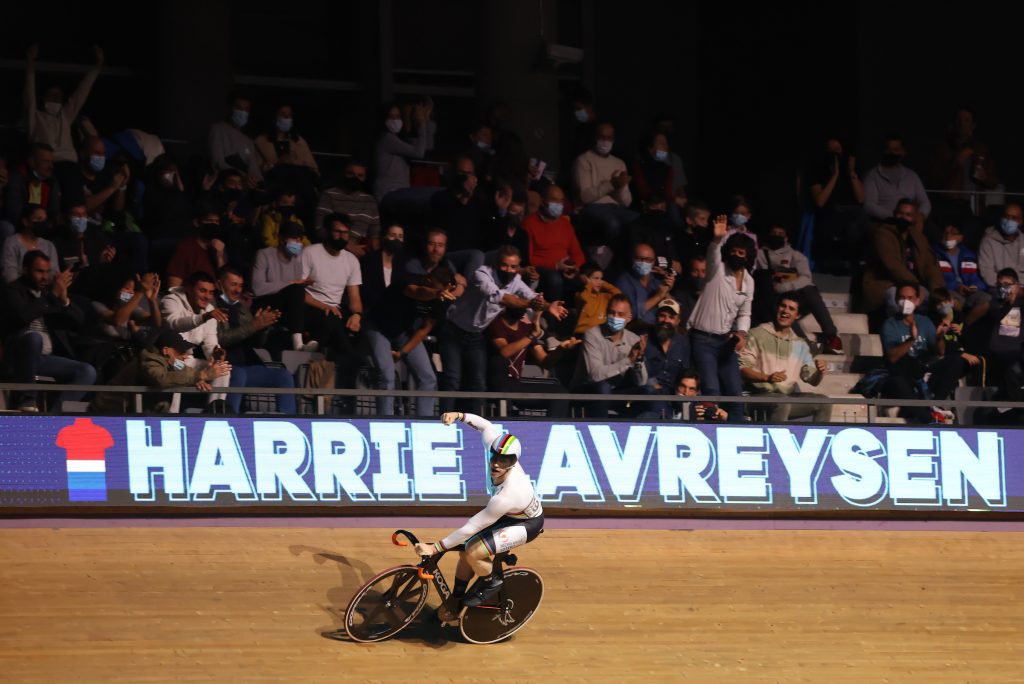 ‘It was absolutely brilliant’

After a vibrant launch party which saw images projected onto the entire loop of the velodrome track, the riders took centre-stage with some thrilling racing on show.

Corbin Strong (New Zealand) produced two gutsy rides to win both events in the men’s endurance league, while Lavreysen and Emma Hinze (Germany) lead the way in the sprint divisions.

“I thought it was absolutely brilliant,” said Laura Kenny.

It was so bish, bash, bosh! That’s what we were hoping for.

“You were in or you’re out, there was no repechage, so it just meant everything was on the line and it gave us the incredible races we were really hoping for.” 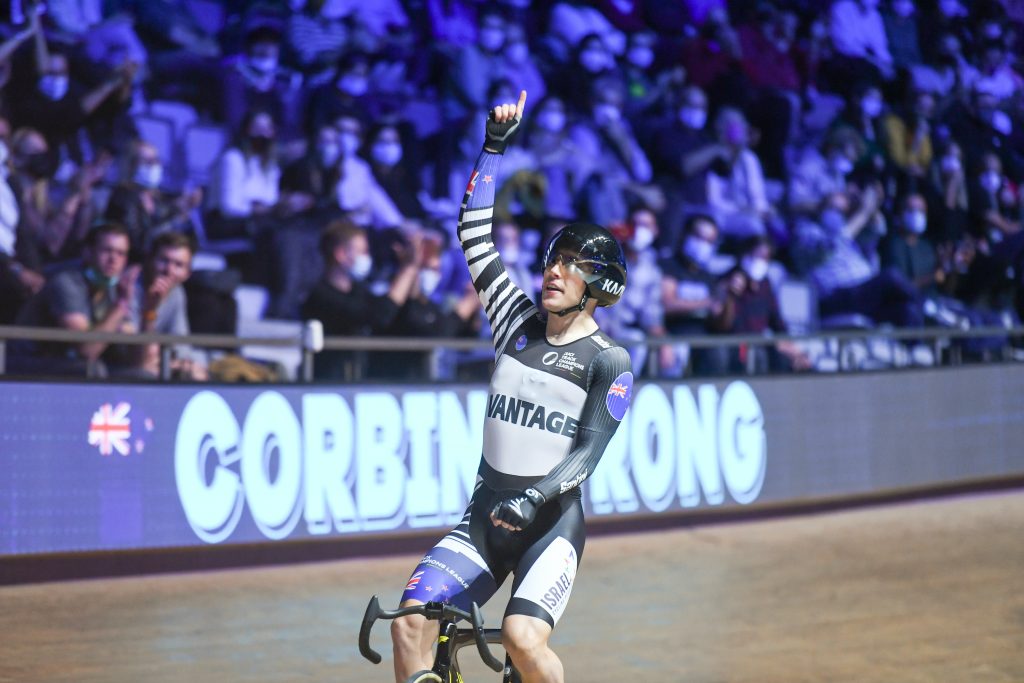 Hoy said the riders that failed to qualify will have extra motivation to make amends after seeing the success of the launch show.

“But it’s about bringing your performance to the right level, peaking at the right time.

“And then the very fact they’re here shows how much they care about this and want to be here.

“All the athletes around the world are desperate to be part of this show. I think the ones who aren’t here are going to train that bit harder for next year to be selected for this event.”

The next round is in Panevezys, Lithuania on November 27.