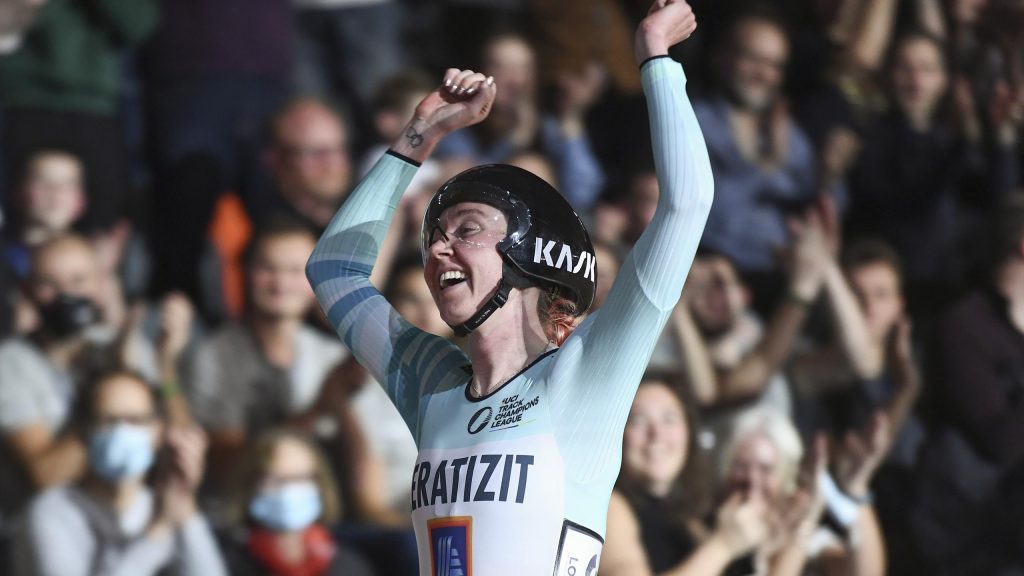 After a dazzling debut in 2021, the UCI Track Champions League returns on Saturday for its second series this weekend.

Starting, as it did last year, on the Balearic island of Mallorca, the league promises some of the fastest, most furious track racing you’ll have seen all season.

Each night of competition takes place over just three hours, which means the bare minimum of time to recover between bouts.

How much will it take out of them? How deep will they go? And who are the riders to watch?

Katie Archibald has had a year that you would not wish upon anyone.

It is not for us to further document those tragedies, but that she has found the strength to race this month is testament to the importance of cycling to her, and how much she believes, as she told us last year, in the value of the UCI Track Champions League.

Archibald’s track record barely needs recounting, but it is no exaggeration to describe her as one of the most talented endurance riders of her generation. Archibald is a double Olympic gold medallist and four-time world champion, while the list of European titles on her Wikipedia page takes some scrolling to reach the bottom of.

Last year she took to the Track Champions League like a duck to water, winning six of the eight events across the series, including all four elimination races. The strength of the women’s endurance field is deeper this time around, and Archibald won’t be expecting things to be quite so easy. How many elimination finals will we see between her and the next rider in our list?

If Archibald is among the most decorated athletes on two wheels, with Laura Kenny we’re most assuredly getting the GOAT. She is the only female cyclist to have won five Olympic golds, putting her fourth on the all-time table headed by her own husband.

At 30 years old, Jason’s haul of seven is within reach, but even if she cannot match him, he will never win the Track Champions League, which Laura very well might.

Standing in her way will be GB team-mate and close friend Archibald. The pair have ridden together countless times in the team pursuit and madison, winning silver and gold medals respectively in Tokyo. This month will provide us with the rare opportunity to see them going head-to-head.

Kenny has spoken powerfully of her own hardships in this past year. Were it not for the presence and urging of her friend Archibald, we would likely not have the privilege of witnessing two of the greats together on the track. This is one of those occasions when taking part really does matter more than winning.

One who will be ensuring the Brits don’t have it all their own way is Olympic and world omnium champion, Jennifer Valente. As well as winning one event at the worlds, the Californian/Coloradan took home a bronze in both the points and elimination races.

Valente’s results in Saint Quentin bode well for her debut in the Track Champions League, as the two races she won out of the four in the omnium were the scratch and elimination.

Strength in that discipline will also be to her advantage over the five evenings of racing. Just as in the omnium, there’s very little time between races so little opportunity to recover.

Valente’s stars and stripes team-mate Gavin Hoover has a few words of advice to offer the Californian in that regard: “Don’t get off your bike,” he says. “If you stop moving, you never really get started again.”

One of the riders who beat Valente in the elimination race in France was Italy’s Rachele Barbieri.

25 year-old Barbieri has been something of a star of road and track this season. At the European Championships in Munich she not only took two indoor titles – in the omnium and madison – but rode to an outdoor bronze medal as well. At the Giro Donne, her home Grand Tour, Barbieri almost won a stage, finishing second behind Chiara Consonni on the final stage in Padova.

With 40 days of racing on the road this season – beginning way back in February – Barbieri could be forgiven for choosing to take November off. Instead, she’s opted to capitalise she showed in Saint Quentin, and will be hoping a return trip to the velodrome can deliver even better results.

Gold for Barbieri and Grondin in European Championship Omnium

Another road rider with seemingly little interest in taking a holiday is Maike van der Duin. The Dutch rider is another multi-talented woman on the cusp of great things. In the vibrant colours of Le Col – Wahoo the 21 year-old was a visible presence at the Tour de France Femmes, where she achieved two top-ten finishes and spent two days in the white young riders’ jersey.

In Saint Quentin she rode her way to two silver medals, in the scratch and omnium. All of those additions to her palmares were enough to earn her a contract at WorldTour Canyon-Sram.

At the Track Champions League Van der Duin will be expected to contest the prizes at any or all of the five rounds of racing over the next month. Given the way the racing went last year, consistency might serve her just as well as big results.

He might be making his debut in the Track Champions League, but Ollie Wood will arrive in Mallorca as one of the favourites for the overall title.

Better known as a team player than a solo artist, the Wakefield-born rider claimed his first senior World Championship gold medal in Saint Quentin last month, in the team pursuit. For good measure, Wood closed out the competition with a silver in the men’s madison, in the company of Ethan Hayter of Ineos Grenadiers.

At 26 years old, Wood is entering his prime years as an athlete and there can be no better time for him to begin his Track Champions League career.

Gavin Hoover is the third rider returning to the Track Champions League with his sights set on retaining the title won in last year’s series.

Hoover claimed the overall victory in the final round in London. A solid sixth place in the scratch race saw him overhaul Sebastian Mora before the American rider sealed the title by beating Mora by one place in the elimination.

In the documentary series, Back on Track, which was filmed to accompany the Track Champions League, Hoover said he expects the competition to be even more fierce this year.

Although disappointed with the results achieved at the Worlds in Saint Quentin, where he finished in or just above the middle of the field, he was encouraged by his performances. Hoover says he hopes to be able to carry that form into Mallorca and beyond.

“‘Talk about maxing out!’ – Mora doubles up with elimination race win”

Mora took the lead in Lithuania by taking victories in both races. A solid set of results in the penultimate round in London meant he was in a commanding if not insurmountable position over his nearest rivals with two races remaining.

Almost twelve months later Mora is still smarting over what happened the next evening. Going into the final lap of the scratch race the Spaniard was fighting for the wheel of Hoover when the two riders to his left went down in a crash. Mora was judged to have squeezed too hard and relegated to 14th place.

Mora arrives in Mallorca in similar form to the only rider who beat him last year, hungry for revenge.

The rider who ultimately crossed the line first in the aforementioned scratch race, Roy Eefting, is next on our list.

The Dutchman seems to be approaching his second appearance at the Track Champions League in something like the form with which he finished his first. In the final round in London last year, as well as winning the scratch race, Eefting finished 3rd in the elimination. Those results saw him achieve a solid mid-table overall finish.

Scratch races seem to be his forte. From Saint Quentin last month Eefting took home a bronze medal, the same colour as the one he had round his neck at the Euros in Munich in August.

A more consistent run of results across the five rounds this year could turn him into a contender.

One who most definitely should be seen as a star-in-the-making is 19 year-old Dylan Bibic from Milton, Ontario.

Still riding the juniors last year, at the Canadian national track championships, Bibic took every single title – sprint and endurance, including the team events. We haven’t checked, but we’re not entirely convinced he didn’t win those on his own.

In his first appearance at the senior World Championships in October, Bibic produced a storming performance on the final lap of the scratch race to take the gold medal and the rainbow jersey to go with it. He’ll be showing that off at the Track Champions League for as long as he’s not wearing the leader’s skinsuit.