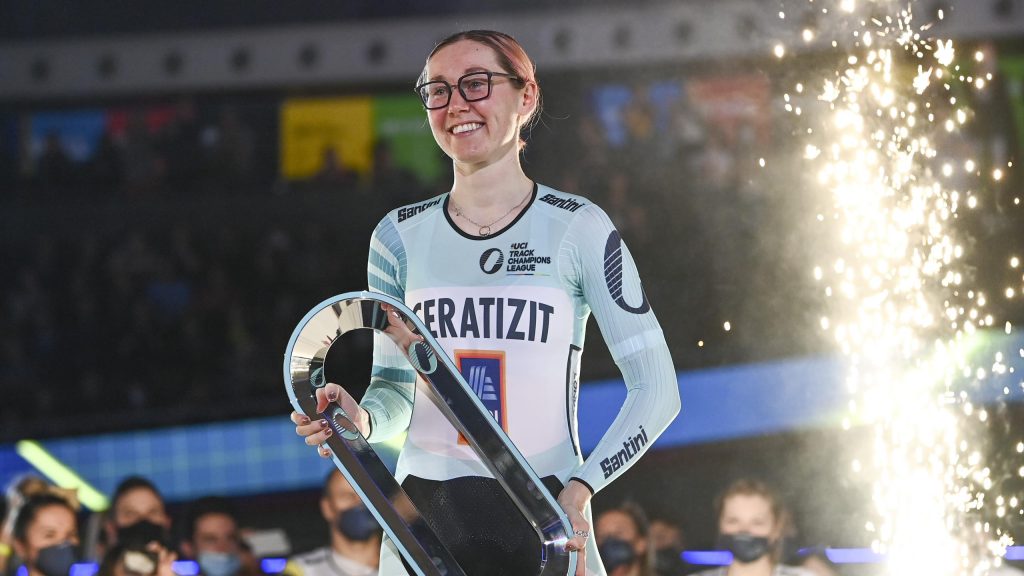 The UCI Track Champions League returns for a second season in 2022, with the world’s top riders set to descend on the velodrome once more.

Katie Archibald (Great Britain), Gavin Hoover (USA), and Harrie Lavreysen (Netherlands) will be tussling it out for Endurance and Sprint honours again, but a new champion will be crowned in the women’s sprint after Emma Hinze (Germany) withdrew from the event to recharge her batteries.

Archibald is joined by British team-mate Laura Kenny in the women’s Endurance field. One of the most decorated athletes to ever grace the sport, Kenny has achieved no less than five Olympic golds, seven rainbow jerseys and 14 European titles in her impressive career to date.

HOW CAN I WATCH THE UCI TRACK CHAMPIONS LEAGUE?

You can watch all of the action live on the Eurosport app, eurosport.co.uk and discovery+.

The 2022 series takes place over five rounds across four countries, with each meeting condensed into a fast-paced programme.

SO HOW DOES IT WORK?

Both the men’s and women’s leagues are split in two, creating a Sprint Championship and Endurance Championship for each. Each league will see 18 riders compete for glory.

The league is stripped down to cycling’s two most exciting sprint formats.

The two fastest riders from three heats will qualify for a six-athlete final.

Heats of three riders will culminate in a head-to-head final.

“UCI Track Champions League 2021: The best of the Sprint action”

Again, it’s boiled down to the two races that promise the most drama, but this time with all the riders competing at the same time.

A shorter, faster version than deployed at other events.

One rider eliminated every two laps until just one remains.

HOW DO YOU WIN?

WHO ARE THE RIDERS?

Pre-qualified selection was determined by a range of criteria including results at recent major events. Previous palmarès and general status in the sport are also considered.

The remaining athletes were named after the UCI Track Cycling World Championships.

The full list of riders to earn their golden tickets are: