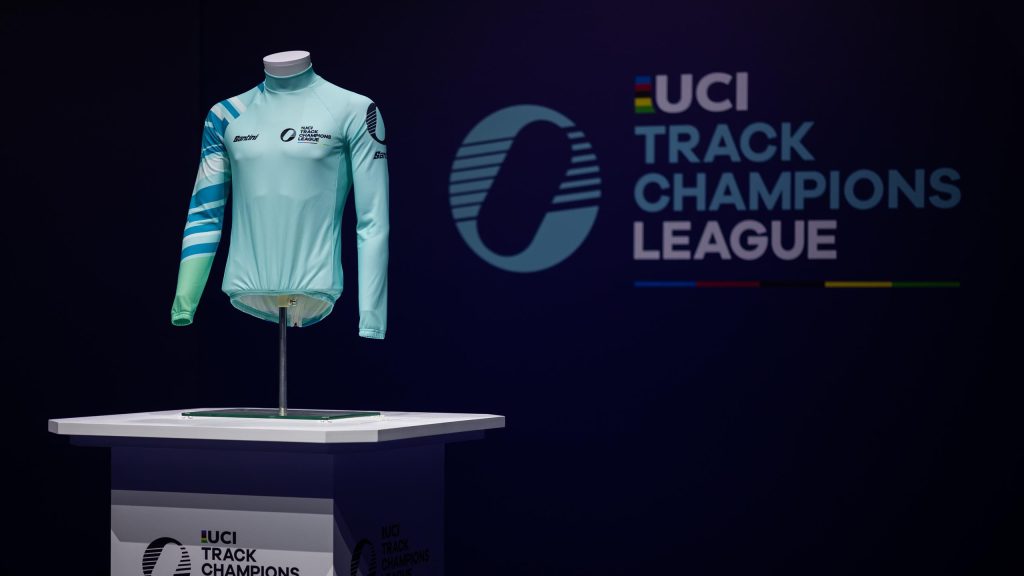 Thirty six of the top men and women riders will compete in either sprint or endurance categories, accumulating ranking points across the five rounds and battling for a gender-equal prize money pot totalling €500,000.

‘A MIND-BLOWING MIX OF ENTERTAINMENT AND SPORT’

“The name Champions League says it all,” Francois Ribeiro, Head of Eurosport Events, told Reuters ahead of Tuesday’s launch. “It’s an ambitious name for an ambitious project.”

It will be a mind-blowing mix of entertainment and sport. Two and a half hours… bang, bang, bang!

“We believe the track discipline is one of the most exciting forms of cycle sport, but as the demands of audiences have evolved, there is an opportunity to present this in a new and highly compelling way. We’ve tapped into our unrivalled expertise in another high-adrenalin form of racing – motorsport – to refine the format and deliver an unprecedented on-event and on-screen experience to cycling fans.”

The new series is all part of a re-structuring of the track cycling calendar in which the World Championships have been moved back to later in the year and doubling as a qualification process for the Champions League.

“We want to create a window every year for track cycling to create a stronger narrative for the sport, to showcase the rivalries,” Ribeiro added.

“We know that Spring is for the Giro, July for the Tour de France and now we want November/December to be the window for track cycling.”

Riders will wear custom-made speedsuits, complete with their national flag, while a special ‘leaders’ jersey will be worn by the leaders of the male and female sprint and endurance tables.

Prize money will be awarded for places 1-10 in every race throughout the series, with individual race winners receiving €1,000 and the overall winner of each category taking €25,000.

Each round of the series will last around two hours with TV viewers treated to a range of innovative features such as live rider data designed to bring them closer to the action.

Mallorca will host the first round in the Palma velodrome on November 6 followed by a rounds in St Quentin en Yveli, France, Lithuania, a double-header in London’s Olympic velodrome and culminating in Tel Aviv on December 11.

The continuation of Covid-19 travel restrictions means the first season of the Champions League will be Europe-based, but the plan is to take it around the world. And event ambassador Chris Hoy expects the event to engage with new audiences.

“Track cycling is such a wonderful sport,” said Hoy at a press conference to launch the event.

“It’s a great sport for kids to get into, it’s great for elite level, it has everything. It has excitement, there are personalities in the sport, so I hope this will engage with a new audience but also create personalities within the sport.”

“Thanks to our strategic partnership with Discovery, a dynamic, fast-paced, television-friendly circuit will reach a new audience of track cycling fans,” he said.

A condensed, race schedule designed to give track cycling a clear space in the wider cycling calendar, visibility beyond the World Championships and maximum fan engagement:

Formerly set to host round two of the inaugural season in November, the French venue is now to be featured from 2022 as it fulfils its essential role in the local community

24 September 2021 – Paris, France: Discovery Sports Events and the Union Cycliste Internationale (UCI) today announce that Saint-Quentin-en-Yvelines will now join the UCI Track Champions League from 2022, and no longer host the second round of the inaugural league on November 20 2021.

Following recent guidance from the French government, the velodrome just outside Paris will continue to be used as an essential community vaccination centre until the end of the year, and is therefore unable to fulfil its role as a host venue. The venue will return to the UCI Track Champions League calendar however, and is set to host the league in 2022, 2023 and 2024 as planned.

Due to the limited time remaining to deliver a premium event in an alternative location, the cancelled round will not be replaced in the 2021 race calendar. The inaugural season will therefore comprise five international rounds, taking place in Mallorca, Panevézys, London (two rounds) and Tel Aviv.

The league’s final classification prize pool for riders is unaffected, and preparations for the inaugural round in Mallorca, Spain on November 6 continue.

With additional reporting from Reuters