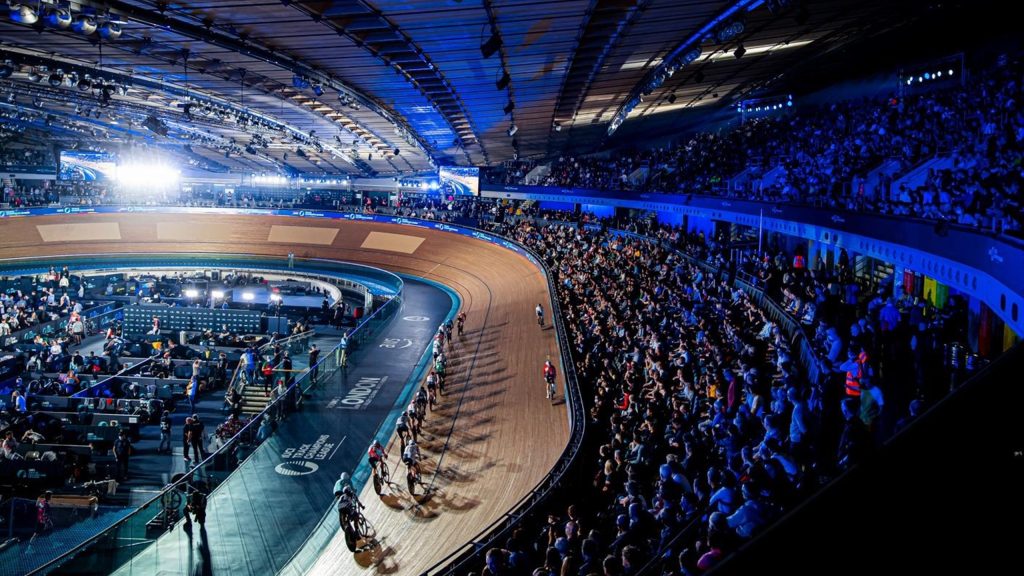 The five-round championship, promoted by Discovery Sports Events and which seeks to re-imagine the way track cycling is enjoyed by fans watching in-stadia or at home, starts on Saturday with the opening round in Mallorca, Spain.

For the first time, the UCI Track Champions League heads to Berlin (19 November) and Paris (26 November) before reaching a climax with the double-header at the Lee Valley VeloPark in London’s East End (2-3 December).

Worldwide coverage will see the UCI Track Champions League broadcast live on discovery+*, GCN+ (globally) and the Eurosport App as well as on Eurosport 1. Warner Bros. Discovery will also harness its free-to-air and entertainment channels in Europe to ensure the UCI Track Champions League reaches the widest possible audiences. Quest (UK), Kanal 9 (Sweden), 6’eren (Denmark), Max (Norway) and Kutonen (Finland) will show the best of the action with highlights shows after each round while Germany’s free-to-air Eurosport 1 channel will broadcast live coverage of each round.

For each round of this year’s UCI Track Champions League, Warner Bros. Discovery’s coverage will begin with 30-minute preview shows as excitement builds ahead of the evening’s action with 30 minutes of analysis and rider interviews rounding off each broadcast after the live track cycling.

Scott Young, SVP Content and Production at Warner Bros. Discovery Sports Europe, said: “We are committed to telling the stories of men’s and women’s track cycling athletes all year-round as part of our ambition to develop greater awareness of the sport between Olympic cycles while helping it to grow and reach new audiences.

“By showing every race live across the full breadth of our channels and platforms, including uninterrupted streaming and broad free-to-air coverage, we will scale the UCI Track Champions League to millions of viewers while bringing stories from the series to life. This coupled with exciting new innovations, including the unveiling of our very first metaverse experience for fans for the London rounds, will provide new opportunities to interact with the series and supercharge engagement in track cycling.”

Sir Chris Hoy and Sir Bradley Wiggins – who have an incredible nine Olympic track cycling gold medals between them – will both offer their expertise for fans watching across the globe while also speaking to some of the key protagonists from the pit lanes throughout the evening of racing. Former professional cyclist Adam Blythe will also be on-site at each event while Orla Chennaoui will be lead presenter for coverage broadcast in the United Kingdom. Cycling legend Alberto Contador, meanwhile, will be part of Eurosport Spain’s coverage of the opening round of the season in Mallorca.

“UCI Track Champions League 2021: The best of the Sprint action”

Live coverage of the UCI Track Champions League will be complemented by Warner Bros. Discovery Sports’ digital platforms. Eurosport.com will publish live blogs from each round and provide more best-in-class analysis for visitors with GCN+ appealing to cycling super fans who will be able to consume the action in greater depth – from data to analysis, tactics to the equipment used – every angle will be covered.

Emma Hinze (Germany) and Harrie Lavreysen (Netherlands) won the women’s and men’s Sprint 12 months ago and Katie Archibald (Great Britain) and Gavin Hoover (USA) were the maiden winners of the Endurance category, beating off competition from some of the best riders in the world to take the honours. Lavreysen, Archibald and Hoover are confirmed to return in 2022 and will be back on the bike for the second season of the UCI Track Champions League looking to defend their titles.

Furthermore, fans can watch all five episodes of Back on Track, the in-depth, behind-the-scenes documentary series following riders throughout the 2021 campaign, on discovery+, GCN+ and Eurosport App with all episodes broadcast back-to-back on Eurosport on Saturday 12 November ahead of the first round in Mallorca.

Back on Track lifts the lid on the action, rivalries and drama from the inaugural season of this innovative cycling league. Following the best track cyclists in the world, the documentary enables viewers to get to know the riders, experiencing their highs and lows as they compete at the very highest level of international competition.

The first round of the UCI Track Champions League season takes place this weekend with coverage on discovery+, GCN+, Eurosport and Eurosport App starting from 18:00 UK time.