Sir Chris Hoy is one of Britain’s most decorated track cyclists and a household name across the globe. Since day one, the 11-time UCI World Champion and six-time Olympic gold medalist has been an ambassador for the UCI Track Champions League, advising the development process and making it as attractive as possible for competing riders.

Ahead of Round 1 at the Velòdrom Illes Balears in Mallorca, Spain on Saturday 12 November, we caught up with Chris to hear his thoughts on the final 2022 rider line-up and the athletes he thinks are ones to watch: 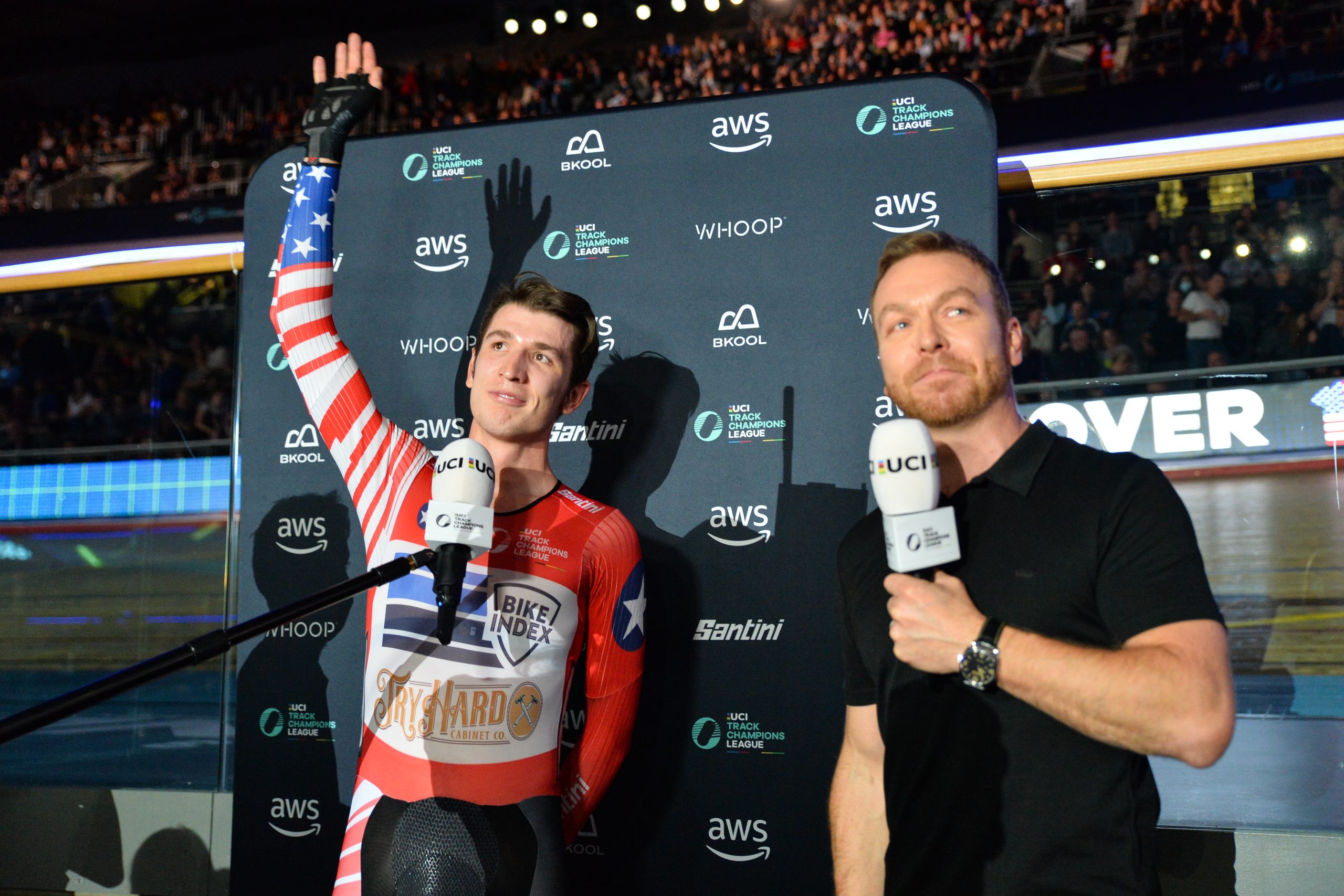 Can you tell us a little more about your thoughts on the Sprint line-up for season two of the UCI Track Champions League?

Season two looks even stronger than last year. It was a great first season and the riders could see what we were trying to achieve with the series, but this year it’s gone to another level. Even off the back of an Olympic year they’re willing to get involved, and that speaks volumes. We have the likes of Harrie Lavreysen, Jeffrey Hoogland and Matthew Richardson in the men’s Sprint category. In the women’s you’ve got Mathilde Gros, the newly crowned world Sprint champion, and Pauline Grabosch, who’s competing for the first time, desperately wanting a piece of the action.

I think it’s going to be really exciting to see how the newer riders adapt to the competition format. It’s a different style of racing, very short and sharp, and there’s no easing in. You’ve really got to be on your ‘A-game’ in every single round.

And how about this year’s Endurance line-up?

Again, it’s really gone up a level. We’ve got Katie Archibald and Dame Laura Kenny. Laura was here last year working on the TV coverage and commentary. I think she was feeling a little envious watching the riders taking part. This season, there’s numerous UCI World Champions and numerous gold medalists, including the likes of Jennifer Valente, it’s fantastic to see.

On the men’s side of things, I’m really pleased to see Oliver Wood taking part. He’s an Olympic medalist in the Madison and a UCI World Champion in the Team Pursuit, and he’s had a fantastic season so far. There’s also Will Perrett, who was absolutely devastated to miss out on a medal in the Points Race at the Tissot UCI Track World Championships this year. He’s been fighting to get himself in contention for the Olympic squad, and I think the UCI Track Champions League will be a great platform for him to show everyone what he’s got. Then you’ve got guys like Gavin Hoover and Sebastian Mora, who were both here last season, coming back for more. We’ll also see the Dutch rider, Roy Eefting join. There’s just so many big names here.

I think in the first year, the men’s Endurance category struggled to get the bigger names in, but now it’s gathering momentum. The more exposure this series gets, the more riders want to be involved. You’d see it at the Tissot UCI Track World Championships here in Saint-Quentin-en-Yvelines last month. Riders were finishing their races and James Pope and Ross Edgar were coming down to hand them a golden ticket to say they’d made it into the League. You could see they were genuinely excited to know they were going to be a part of this series. 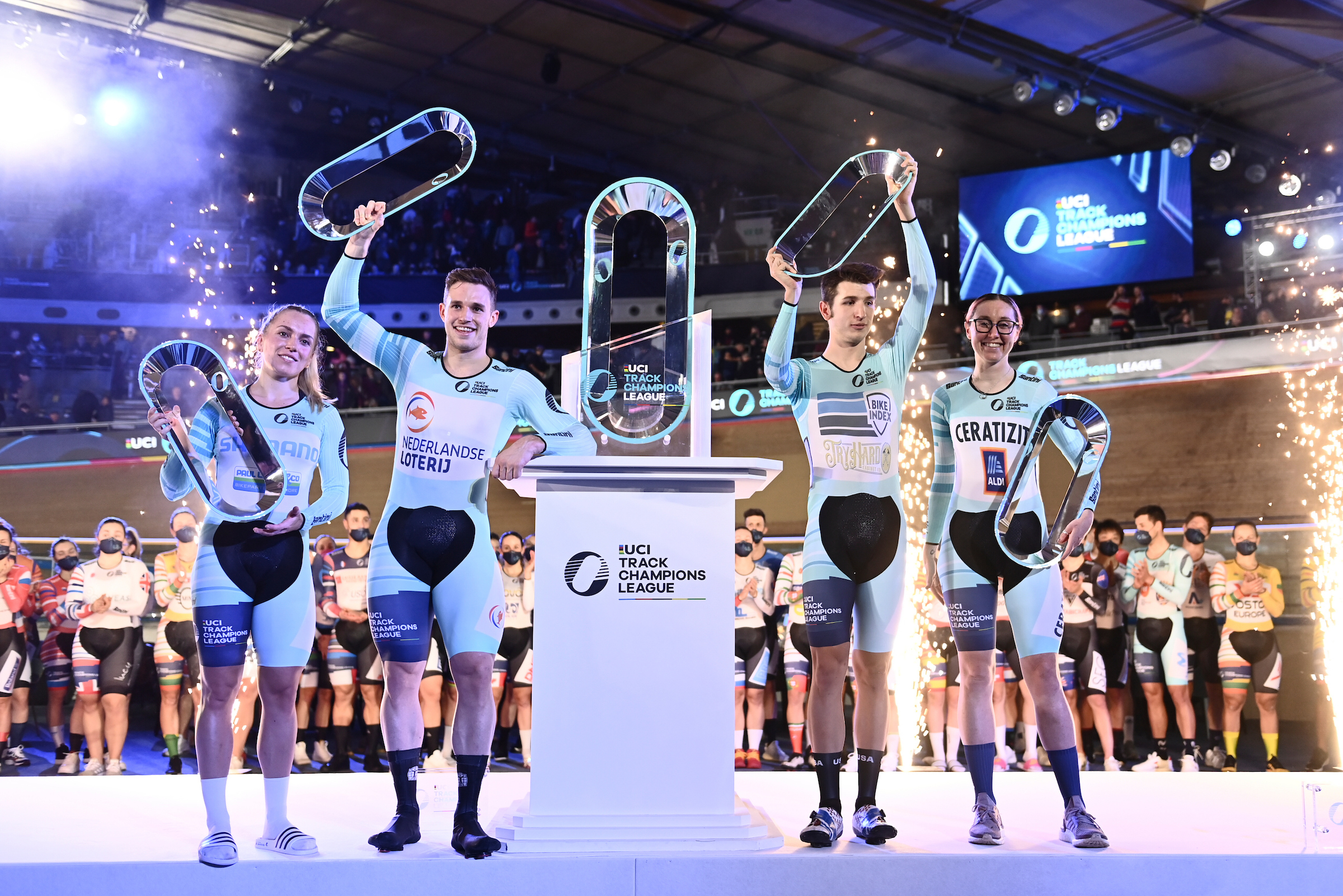 How hard do you think it will be for Harrie Lavreysen, Gavin Hoover and Katie Archibald to defend their titles?

Let’s go through them individually. Harrie Lavreysen has this target on his back every race he goes to. It doesn’t matter if it’s an Olympic Games or a Grand Prix event, he brings his ‘A-game’ to every single race. Sometimes we think there’s a chink in his armour, or he’s slightly off-form, but no, he’s an absolute machine. Harrie is undoubtedly the one to beat. We’ve also seen Matthew Richardson have an amazing season. They both made the Tissot UCI Track World Championships Sprint final together, but Harrie was the dominant rider in that encounter. I think Matthew will be excited to start chipping away at him though. As a rider, you want to race with the very best in the world as often as you can, to learn from them and see how they respond in different situations. Harrie is the one to beat, and it’s going to be exciting.

Katie Archibald has had a horrendous year for a number of reasons, but I think the way she’s been coping with it is by riding her bike. She’s been setting herself targets, like the UCI Track Champions League, to focus on and keep some normality in her life. I know the whole cycling community is getting behind her, and I hope the crowd can give her that love and support she needs right now. Knowing the way she operates, she will come out fighting. She doesn’t turn up to come second.

I think the fact that Dame Laura Kenny is here too will be exciting, especially to see them battling it out. They won’t be teammates, they’ll be racing head to head. You’ve also got riders like Rachele Barbieri, who’s a former UCI World Scratch Champion and Jennifer Valente who’s reigning Olympic Omnium Champion. Then there’s Maggie Coles-Lyster who really burst onto the scene in Palma last year, winning the first event and announcing herself on the world stage. She’s really growing in stature and confidence. It’s going to be fierce.

With the women’s Sprint, sadly Emma Hinze’s not going to be here, but Pauline Grabosch has stepped in for Germany. She’s a huge talent, already a four-time UCI World Champion. I think Mathilde Gros will be a big star this season alongside fellow French rider Taky Marie-Divine Kouame. The roof just about lifted off the stadium when Taky won the 500m Time Trial in the Tissot UCI Track World Championships. To see her taking part is very exciting.

Last year, I think Gavin Hoover was a bit bemused and shocked after winning the men’s Endurance. However, he’s really grown in stature as an athlete and his fame and awareness in track cycling has skyrocketed since he won. He’s going to have a battle on his hands this season though, especially with some of the names riding, but it sounds like he’s going to go out all guns blazing. 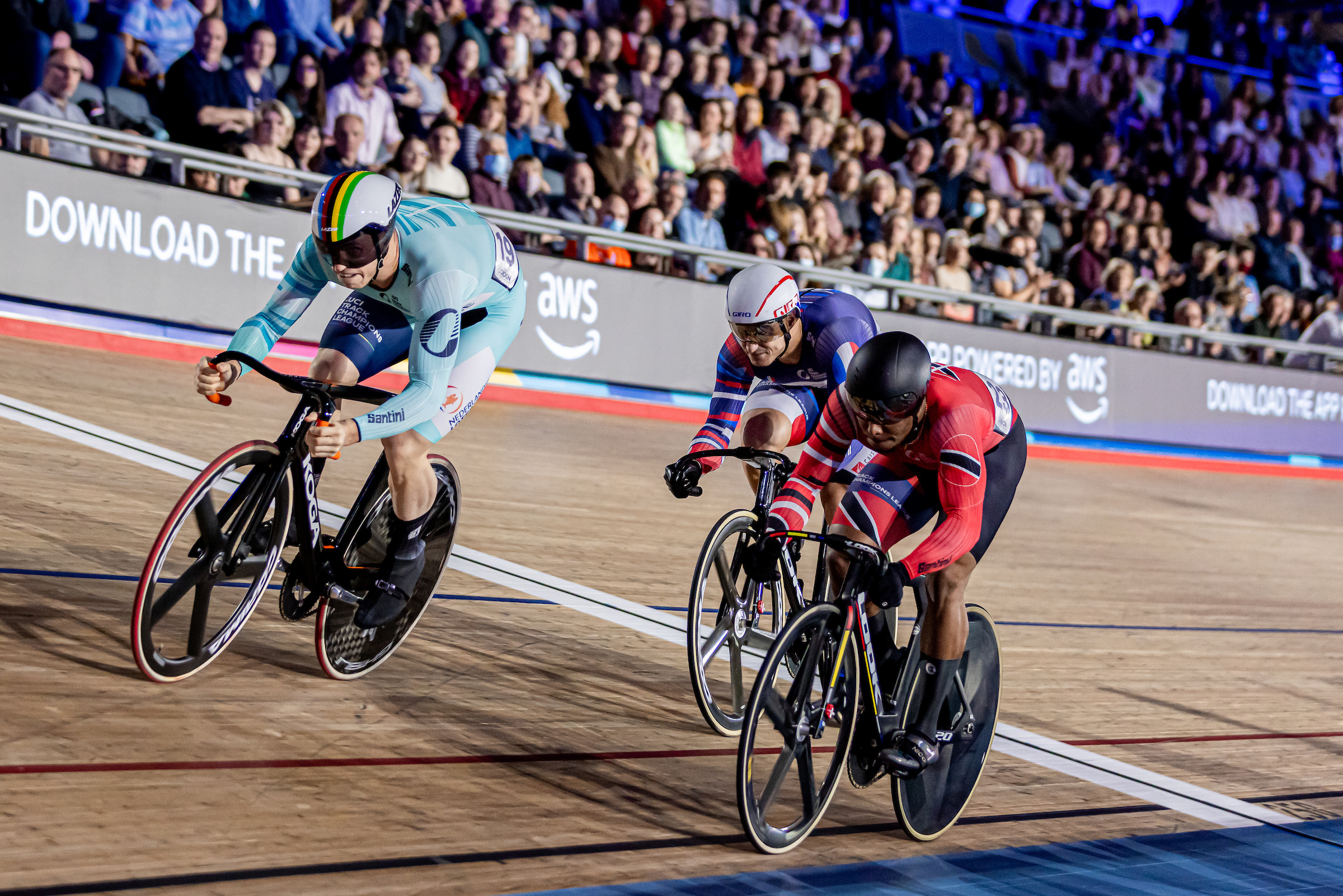 What does it mean to have riders from non-traditional backgrounds in the line-up?

It’s great for track cycling to be seen as a truly global sport, and for people to understand that there are some really impressive athletes in some lesser-known track cycling nations. I’m so excited to see Azizulhasni Awang taking part in this season’s UCI Track Champions League. He’s a former UCI World Champion, he’s an Olympic medalist, and he’s had open heart surgery this year. He’s an absolute superstar in Malaysia and one of the biggest sporting names the country has. He has single-handedly elevated track cycling in Malaysia and the country is now full of track cycling fans. You really see what one person can do.

That’s also a benefit of the UCI World Cycling Centre in Aigle, Switzerland. You don’t have to have a huge setup or a federation that has hundreds of staff and millions of pounds of funding every year. If you have a talented athlete with the right determination, the right drive and the right potential, they can go to Switzerland and be coached by someone like Craig Maclean. For example, Nicholas Paul. Sadly Nicholas isn’t competing this year due to a horrendous crash which he’s recovering from. He would have been a big star in these races. The UCI Track Champions League is a great platform to see some of the lesser-known track cycling nations standing up and being counted. We’ll see that with Mikhail Yakovlev riding for Israel or Azizulhasni Awang riding for Malaysia. I think it’s great.

How do you think the UCI Track Champions League series has developed the audience’s awareness of track cycling?

It’s an eight-year plan, and I personally believe they exceeded expectations in the first year. It’s very difficult to get something like this up and running. I took part in some of the planning with James Pope, and I thought I had an understanding of how much work went into putting an event on like this. Then, when I got to the first round in Palma last year, I realised how much other stuff had been going on.

You just can’t comprehend how much goes into the organisation, the promotion, gathering the riders and the sponsorship. There’s also been the huge support from Discovery Sports Events on the TV broadcasting, and making the ‘Back on Track’ documentary series. Everything that goes on behind the scenes is a mammoth task. I think they’ve done an absolutely fantastic job.

It feels like it’s an established series that’s been going on for years, but it’s only the second year and it’s only going to get exponentially better. The momentum will just keep gathering. As more riders get involved, more fans will too. They’ll be desperate to find out more about them. They’ll be engaging with all the riders’ clips on social media. We’re only at the very bottom part of the graph, but it’s about to go crazy. Even now, you can really see a significant improvement in the audience’s awareness of track cycling.