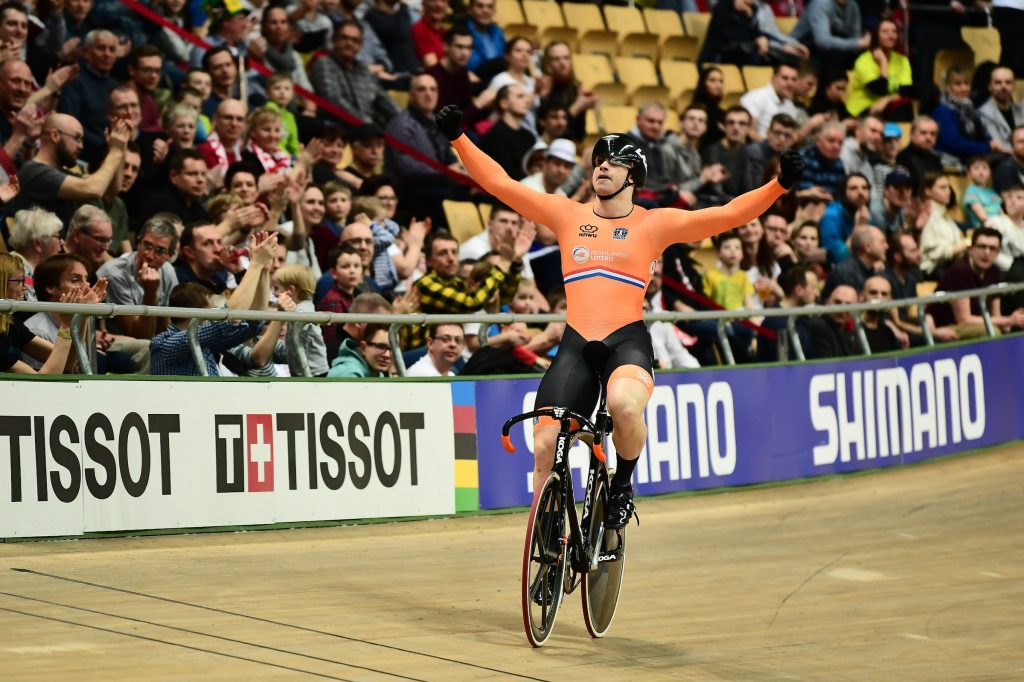 The UCI Track Champions League gets underway on Saturday – and a host of star names will be in the velodrome in Mallorca. All five events are live on Eurosport all the way to the conclusion in Tel Aviv on December 11.

Thirty-six men are battling it out for glory: 18 in the sprint category and 18 in the endurance events.

Here, we break down the star names to look out for on the track.

The Sprint Championship is stripped down to cycling’s two most exciting sprint formats: the keirin and the sprint.

Harrie Lavreysen is the ace sprinter in the velodrome. The Dutchman showed his class by taking gold in the individual and team sprints at the Olympics, along with a bronze in the keirin. He rammed home his class at the World Championships in Roubaix, winning the team sprint and keirin. The 24-year-old has been the global benchmark since 2019, and his participation in the UCI Track Champions League automatically makes him the favourite for the speed class. He did sound a note of caution, however, by telling Eurosport that the format is “different from what I’m used to.”

One is never far from the other. With Lavreysen at the meeting, it would be disappointing not to count on his compatriot, Hoogland, as well. The 28-year-old has been a big figure on the track for the past few years. He took silver in the individual sprint at Tokyo, behind Lavreysen. It was the same ‘punishment’ in the keirin at the World Championships. Hoogland is the king of the kilo, but that is not on the programme of events. Still, he is one of the big favourites.

Behind the duo of Oranje favourites, a Bleu will have a card to play. In the team sprint final in Roubaix, the Dutch were against the French. Rayan Helal helped the hosts to a silver medal, adding to a bronze in the same event in Tokyo. Helal has the chance to prove, at 22, he is stepping forward this season. At the Roubaix worlds, he made it to the keirin final (sixth) and at the UCI Track Champions League he has the chance to confirm that he deserves a place among the elite. Tom Derache is another French youngster to take note of.

Nicholas Paul belongs in the new generation of track sprinting stars. The 23-year-old placed sixth in the keirin at the Tokyo Olympics. More recently, he took the silver in the kilo in Roubaix, behind Hoogland, and fourth in the keirin – two places in front of Helal.

Unlike Paul, Helal or even Lavreysen (already at the top but still young), Maximilian Levy is the experienced head. The 34-year-old German won team sprint bronze at Beijing 2008 and London 2012, before ending his wait for an individual medal at the latter Games in the keirin. But he hasn’t gone away, he took fifth place in the individual sprint in Tokyo and sixth in the keirin.

Again, the Endurance Championship is boiled down to the two races that promise the most drama. A shorter, faster scratch race and an elimination race.

In the absence of some star names who shine on the road (Elia Viviani, Filippo Ganna and Benjamin Thomas), Clancy – with a track record as long as his arm – is a headline pick. But perhaps the British rider – triple Olympic champion in team pursuit (2008, 2012, 2016) – will come across riders with a bit more zip.

A rising star from New Zealand, Strong is one to watch. World champion in the points race in 2020, he had to give up his rainbow jersey to Benjamin Thomas in Roubaix. His seventh place proves he is in good shape heading into the UCI Track Champions League.

World scratch champion in 2016, Mora is ready for the challenge. “I am a cyclist who likes hard races [the scratch will contested over 5km as opposed to his favoured 15km] but I will try to be at the highest level possible,” Mora told Eurosport. A multiple European champion, only beaten by Strong in the points race at the 2020 Worlds, the 33-year-old will be a major player.

Leitao arrives on the back of a silver medal in the elimination race at the World Championships, while he won gold in the scratch race at the European Championships in 2020. Could cause an upset.