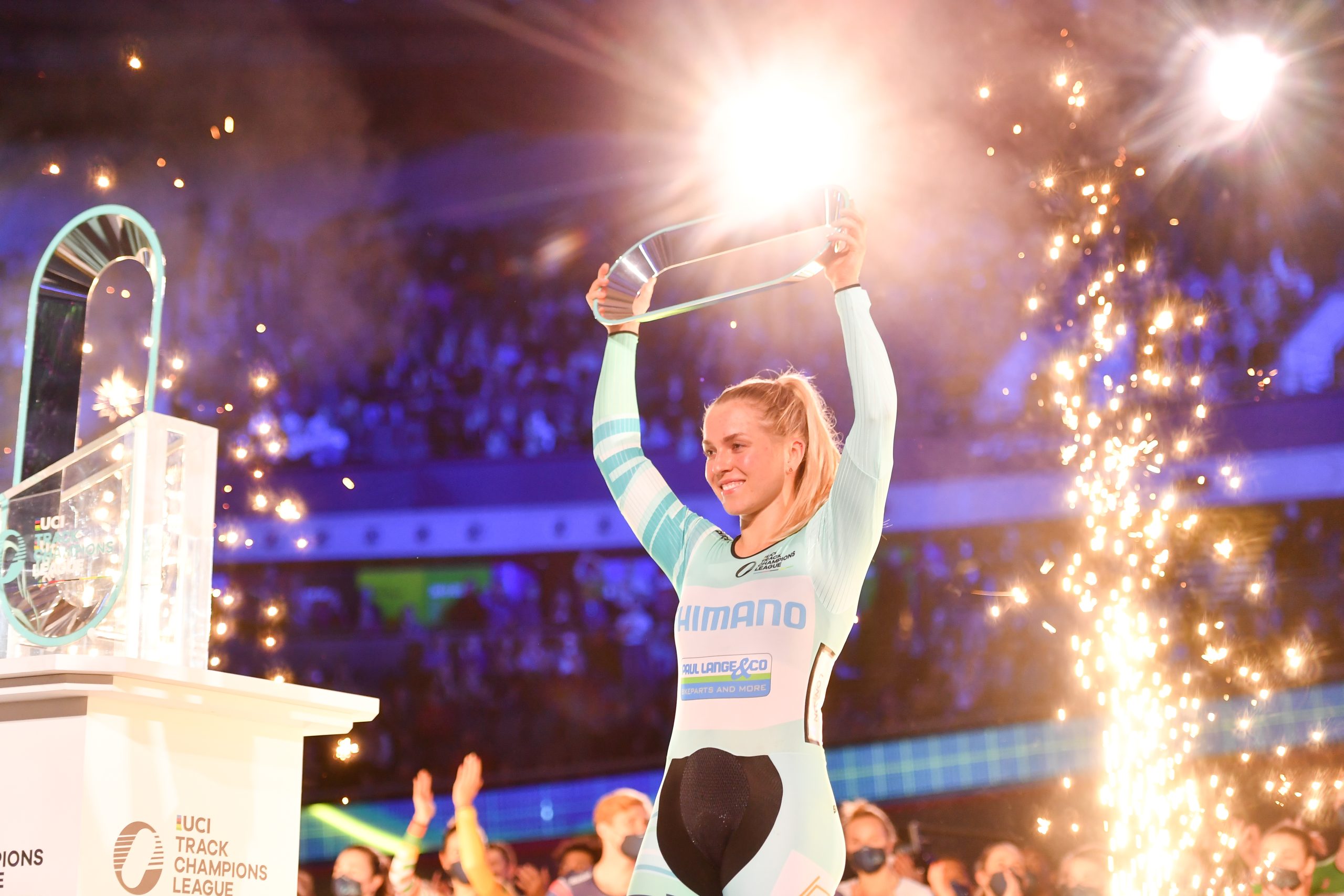 Our ‘Get to Know’ series allows you to find out more about the stars of the UCI Track Champions League. In this latest edition, we speak to defending Women’s Sprint champion Emma Hinze.

Emma Hinze will be back to defend her UCI Track Champions League Sprint title in 2022 so ahead of the new season, we thought the time was right to sit down with her and find out more about her.

The German star enjoyed a stellar 2021 UCI Track Champions League campaign, winning four out of the eight Sprint events to edge out compatriot (and best friend) Lea Friedrich by 10 points in the final standings.

We caught up with Emma at her home in Cottbus to find out how her love for track cycling blossomed, what her goals are for the upcoming campaign, and how she likes to spend her time when she’s not competing.

First off, can you tell us about your earliest memories of cycling…
EH: I learned to ride when I was three years old and was always trying to compare myself against the other kids. Bikes were also a way of going places with my friends, I didn’t need a bus or my parents to drive me there. Cycling made me feel free.

When did you start taking things more seriously?
EH: That was around 2005, when I was seven or eight years old. I wasn’t that good to begin with and I didn’t like riding in the mountains, but I gradually got better. I rode my first National Championships in 2013. My federation wanted me to race the Endurance events, but my Dad thought it would be better if I tried the Sprint ones instead. I competed in both the Sprint and 500m time trial for the very first time on a bike I’d borrowed from a team-mate the day before those races – I didn’t even know which gear I was riding. I came second in the Sprint and third in the 500m. Frank Ziegler, the coach from the city of Kaiserslautern, was there and thought I was talented, so he asked if I wanted to join their sports school. That’s when I took up track cycling full time and by 2014 I’d won the UCI Junior Track World Championships. 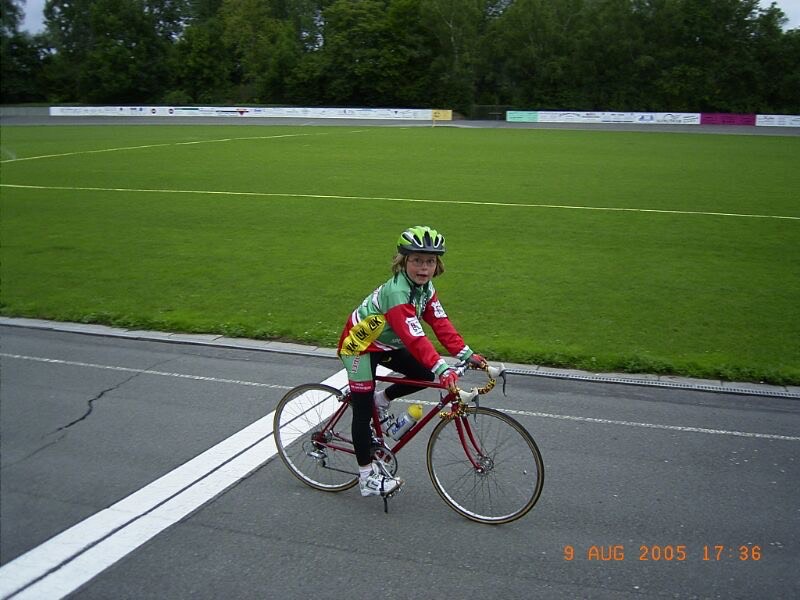 And you haven’t stopped winning since then! You’ve taken two European titles and become a five-time world champion as well as topping the standings at the 2021 UCI Track Champions League. Tell us, what did you make of that first UCI Track Champions League season?
EH: I really enjoyed it. The racing format took some getting used to because of the short breaks between races but the show was amazing. So many people watched it live and on TV.

What was your favourite moment of last season?
EH: Definitely winning the Sprint after crashing in London. It felt like such a comeback for me. Oh, and of course, being crowned champion at the end!

What impact do you think UCI Track Champions League has had on track cycling?
EH: It’s had a huge impact. The show is amazing – it’s super professional and has the world’s best riders competing in a fun and positive atmosphere. The different types of racing are also explained really well, which means the fans can understand what’s going on, and as they’ve become more invested in it as a result.

How much do the fans spur you on when you’re competing?
EH: A lot! I really love the vibes you get from the crowd. It’s pretty special to hear someone shouting your name and cheering you on. 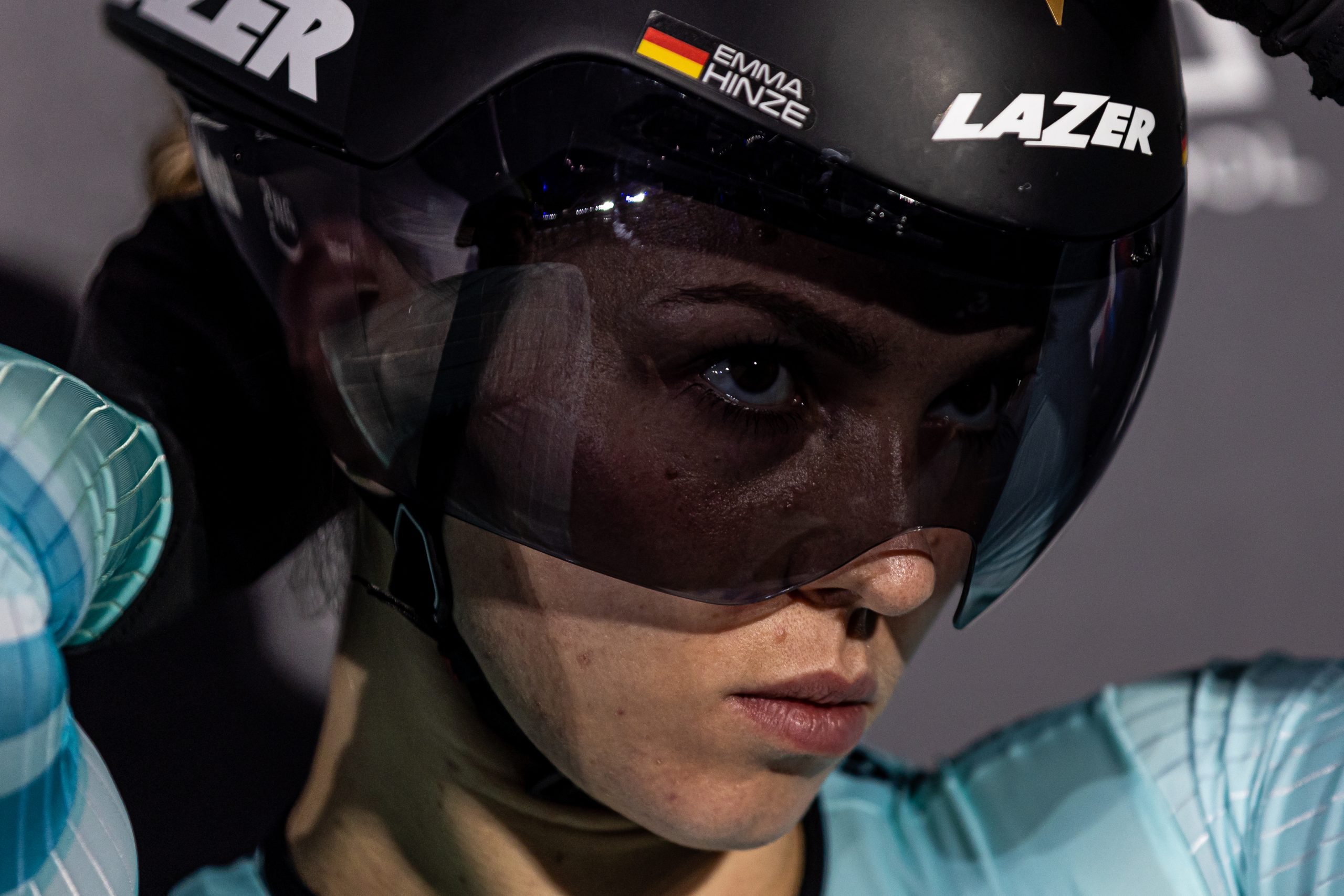 Who do you think your main rivals for this season will be?
EH: Lea Friedrich and Kelsey Mitchell!

What are your ambitions for the 2022 UCI Track Champions League season?
EH: That’s simple. To have fun, race well, win a lot of points and meet new people.

And what are your wider goals for the next season?
EH: I want to stay healthy and hopefully win another rainbow jersey so I can wear it for another year.

Do you have any specific goals you want to achieve before the end of your career?
EH: Yes! Let’s just say I still have unfinished business with the Olympics. 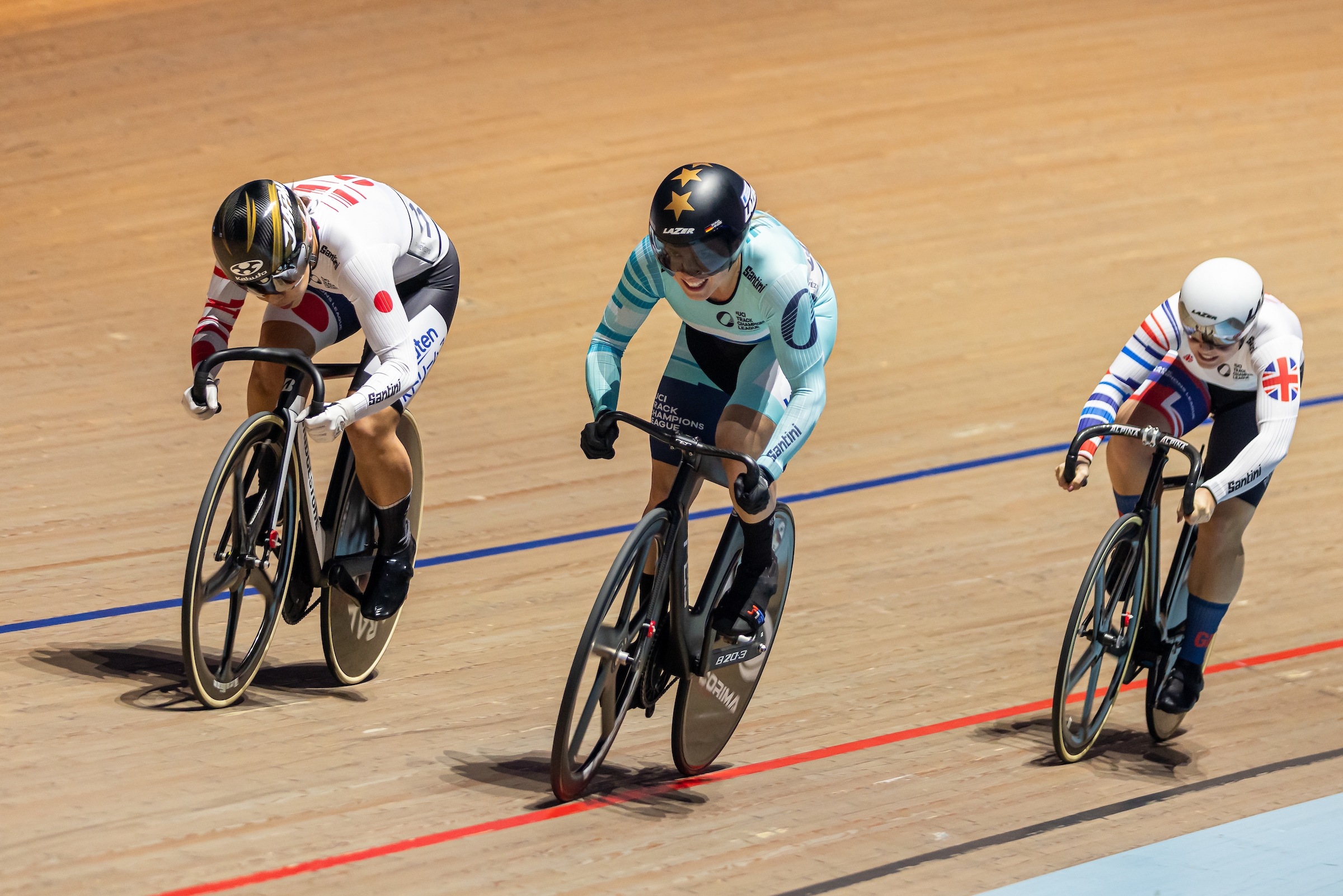 When you’re not riding or competing, what do you like to do in your spare time?
EH: I like to rest and hang out with my friends, my brother and my boyfriend as much as possible, eating out and going on trips. When I’m at home, I enjoy reading, knitting and living as healthily as possible.

Do you have any dreams or ambitions away from sport?
EH: Of course, I want to be happy and when I’m old, be proud of what I’ve achieved. When I retire from cycling I want to study and find a job which fulfils me as much as cycling does now.

And finally, who are the people that inspire you the most?
EH: Growing up, it was definitely my family, and especially my Mum, Dad and Grandma. The values they taught me will stay with me forever. Today, I try to draw inspiration from the people I meet and my coach Alexander Harisanow is my biggest inspiration, the way he thinks is amazing. 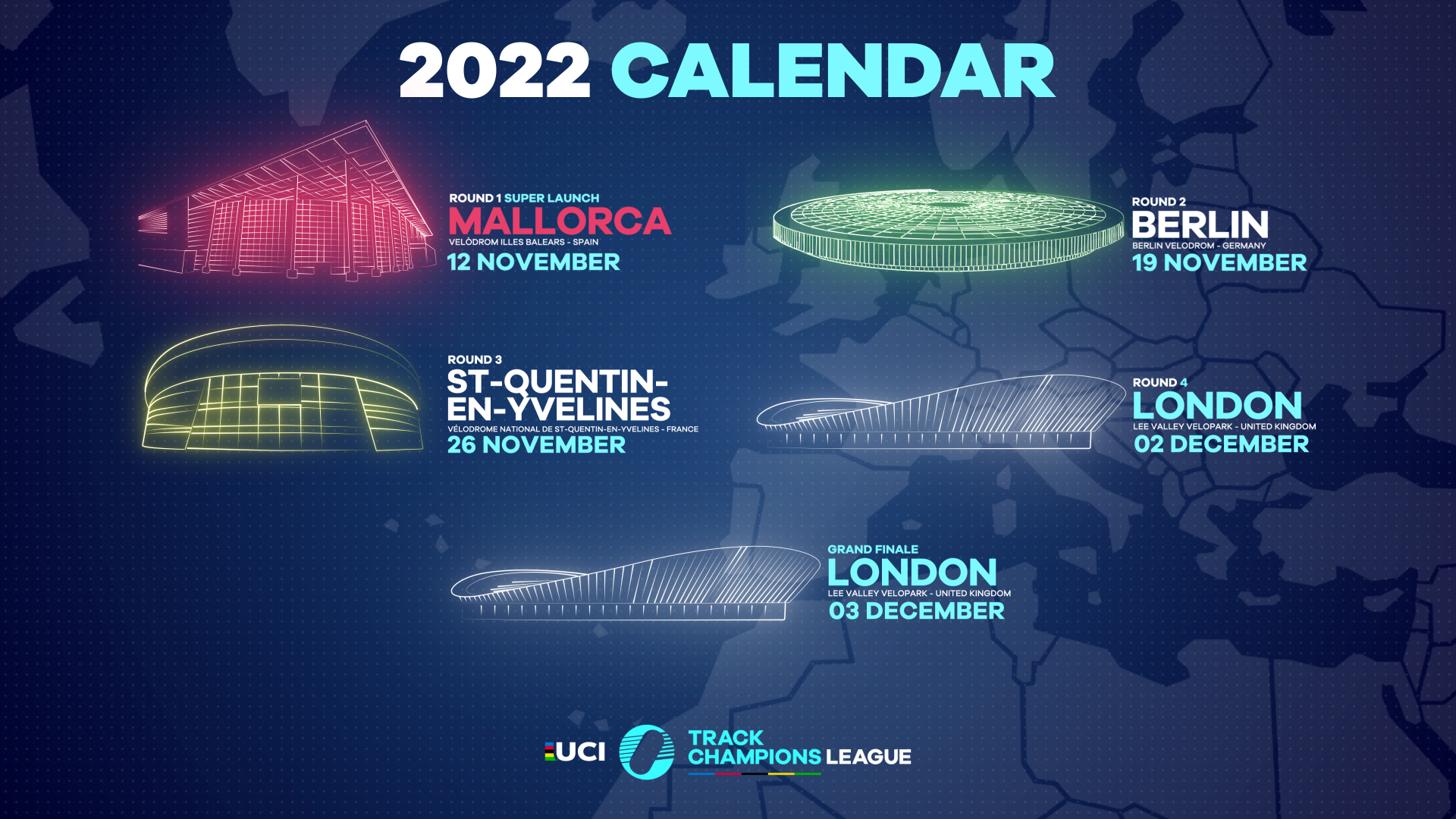