The full list of riders taking part in the Men’s and Women’s Sprint competitions at the 2022 UCI Track Champions League has been revealed, with no-less than eight newly crowned UCI World Champions among the star-studded roster.

Jeffrey Hoogland (Netherlands), who won his seventh rainbow jersey in the 1km Time Trial at the Tissot UCI Track World Championships in Saint-Quentin-en-Yvelines (France) earlier this month, and Thomas Cornish (Australia), who helped his nation to victory in the Team Sprint event, are among 18 riders named on the Men’s Sprint list, and join fellow UCI World Champions Harrie Lavreysen (Netherlands) and Matthew Richardson (Australia) who achieved pre-qualified status for the UCI Track Champions League last month.

Emma Hinze (Germany) had been set to defend her title but announced on Thursday she will miss the series in order to recover from a heavy race schedule.

The full 36-rider Sprint roster for the UCI Track Champions League is as follows: 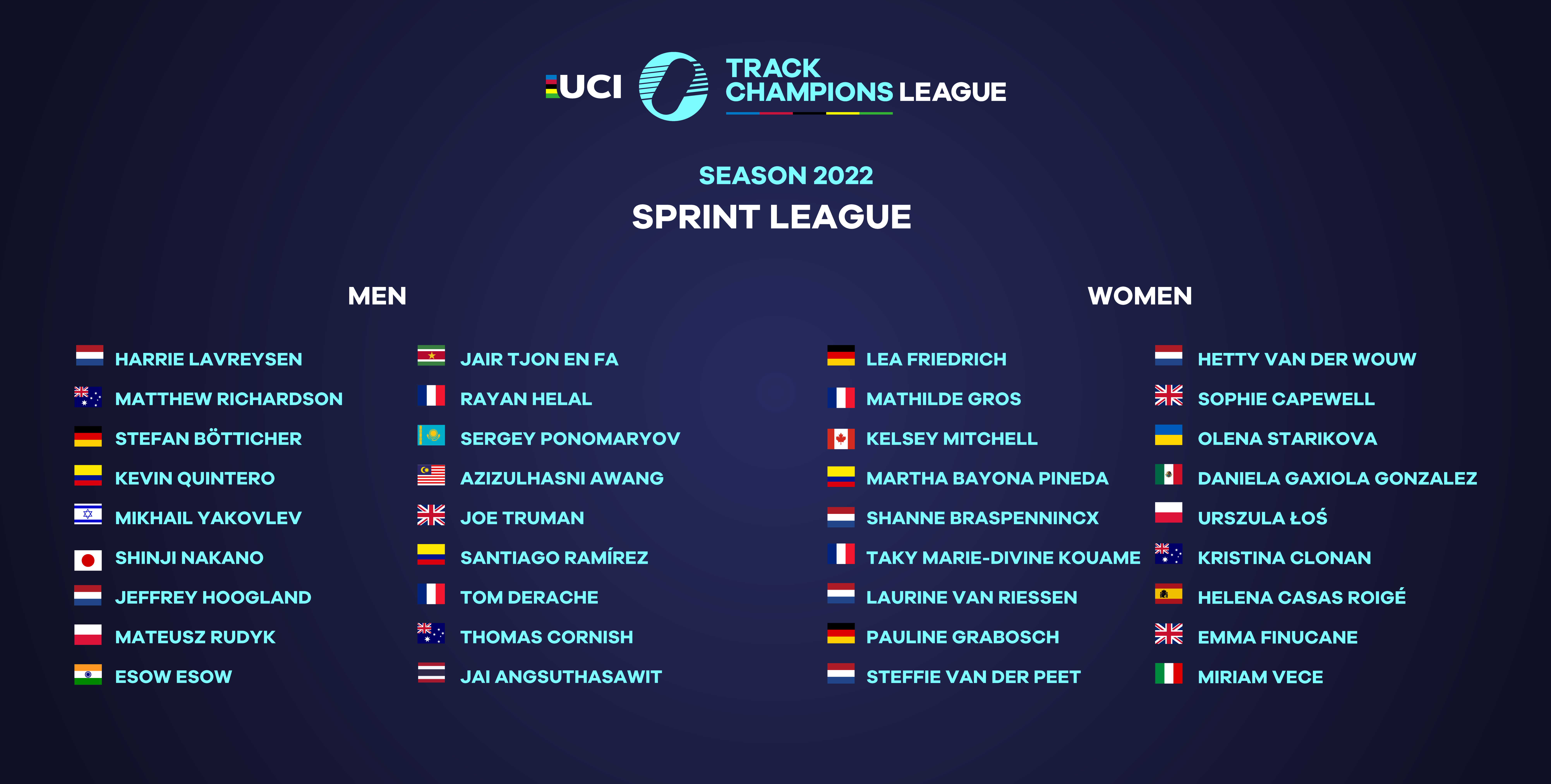 12 Sprint riders (split equally between male and female athletes) had previously achieved pre-qualified status based on their favourable performances in the 2021 Tissot UCI Track World Championships, 2021 UCI Track Champions League, and their results over the early part of the 2022 season.

The remaining 24 riders that have now been confirmed qualified on account of their performances at the 2022 Tissot UCI Track World Championships. That event took place between 12-16 October at the Vélodrome National in St-Quentin-en-Yvelines on the outskirts of Paris (France), which will also host round three of the UCI Track Champions League on Saturday 26 November.

12 places (six male and six female) were awarded to riders who achieved a top-six finish in either of the Keirin or Individual Sprint events.

The UCI Track Champions League is returning bigger and better in 2022 with the five-round series commencing in Mallorca on Saturday 12 November, visiting Berlin (Saturday 19  November) and Saint-Quentin-en-Yvelines (Saturday 26 November) before culminating with a double-header at London’s Lee Valley VeloPark on Friday and Saturday 2-3 December.

You can buy tickets for the Mallorca, Saint-Quentin-En-Yvelines and London rounds NOW, and pre-order your ticket for the Berlin round HERE. 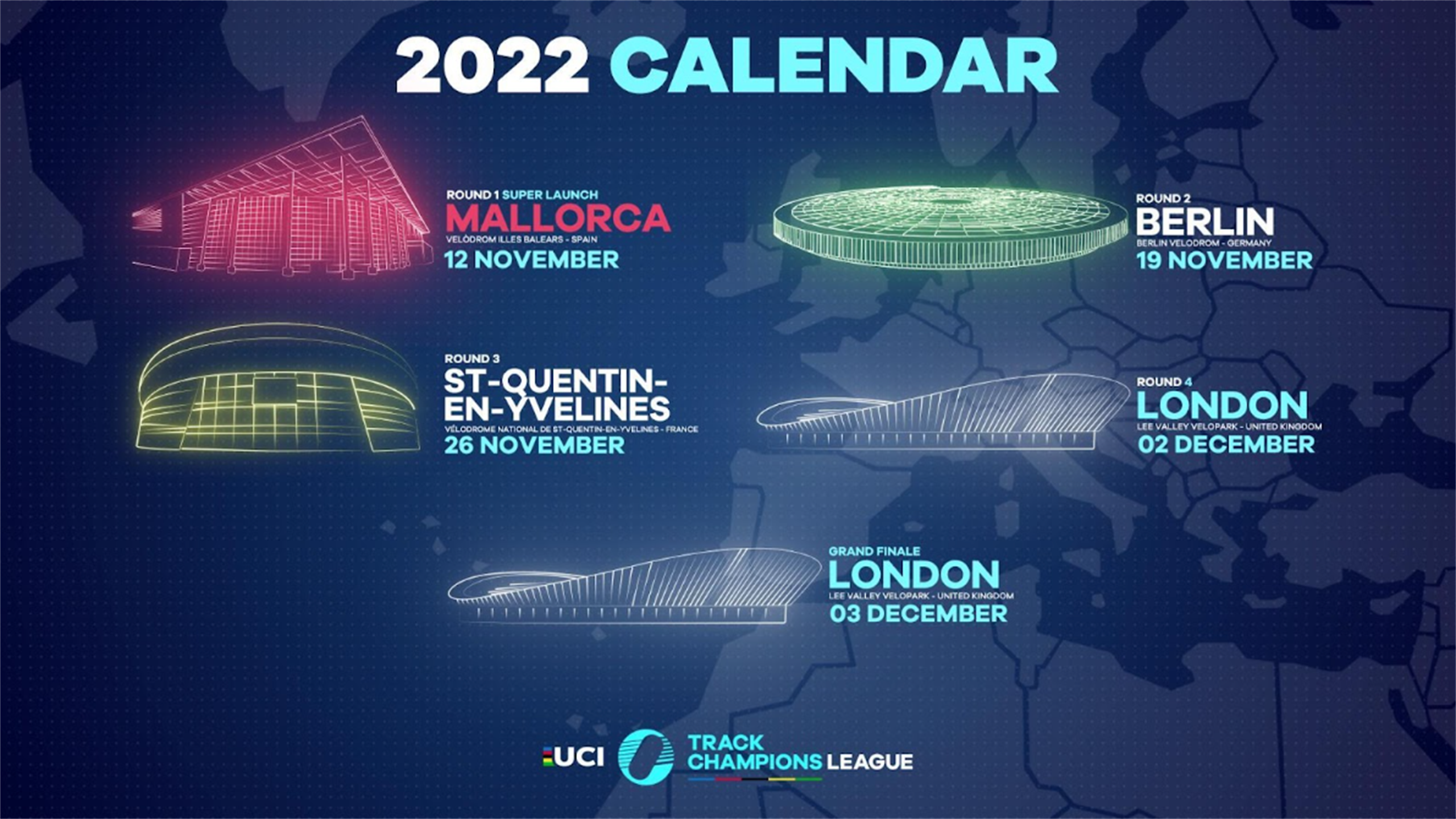 Jeffrey Hoogland, who also won a gold medal in the Team Sprint at the 2020 Tokyo Olympic Games, said: “I really enjoyed taking part in the UCI Track Champions League last season and I’m happy to be back. I feel like I have unfinished business after being unable to ride the final two rounds after coming into close contact with two of my team-mates who contracted COVID-19.

“The series has really helped take track cycling to another level and it’s going to be great to compete against the best athletes in the world again, week after week.”

Pauline Grabosch, who is also a current European Champion, said: “I’m really excited to be riding the UCI Track Champions League for the first time. I’ve heard the competition is super hard but also hugely enjoyable at the same time, and there’s a real camaraderie between the riders who compete in it.

“Being a German rider, I’m particularly looking forward to the Berlin round on Saturday 19 November, but I’m sure all five rounds will be really fun, and I can’t wait to get going.”

“The roster reads like a who’s who of global Sprint talent and the athletes we’ve confirmed are sure to guarantee some spectacular racing across the five rounds.”

“Indeed all 18 women and 18 men who have made the final Sprint roster are athletes who have proven their worth on the world stage over the last year. This quality line-up of sprint athletes will ensure there is high-paced and intense competition across all five rounds of the 2022 UCI Track Champions League.”