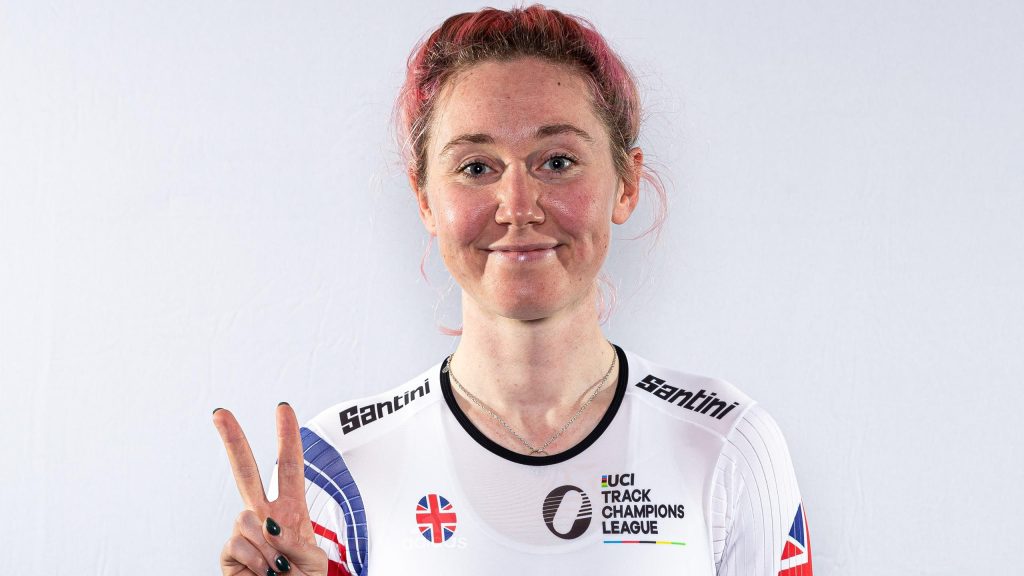 Katie Archibald is a leader. In a very literal, immediate sense, that is indisputable. The double Olympic gold medallist heads to Lithuania this weekend, for the second round of the UCI Track Champions League, at the top of the table in the endurance competition.

Although caught out in the early evening scratch race by a trio of riders who stole the top spots in the opener in Mallorca, she rode close to the perfect elimination. As rider after rider fell by the wayside, Eurosport commentators Carlton Kirby and Joanna Rowsell barely mentioned the British rider’s name, who positioned herself perfectly to preserve energy and avoid getting into trouble. When Archibald inevitably made it to the heads-up final lap, she romped to victory over Dutch veteran Kirsten Wild.

Aside from being the most action-packed of the endurance disciplines, with a rider removed after every other lap, Archibald believes the elimination to be the most truthful of them.

“As much as it seems like there are precarious things going on,” she tells Eurosport, “it does ultimately bring out the strongest and most technically proficient riders overall in track cycling.

“It’s never a lucky person that wins. As much as you can go out with bad luck, you can’t really win with good luck.”

With its constant demands on both brain and brawn, it’s one which certainly suits her natural talents, as well as those she has developed.

The secret to her success in The Devil – and she’d appreciate it if her rivals could skip the next few paragraphs – is that “I’m always trying to keep an emergency exit, an escape route, and I’m always, always alert to when I’m going to have to use it.”

Asked if she plans to ride differently in the league leader’s jersey in the second round of competition than she did in Mallorca, when everyone’s slate was blank, Archibald gently bats away the question.

“The bigger question for me is how will I ride differently in Lithuania compared to London, with a home crowd? Do I try something risky in Lithuania where if it goes wrong my mum won’t be in the crowd with her head in her hands? Or do I save something that could be hit or miss for London. I’m not sure.”

Archibald, who is clearly riding to win the Track Champions League, is an enthusiastic spokesperson for this new series. Which might come as a bit of a surprise, given what a long, and unprecedentedly successful year it’s been. 2021 brought not just Olympic medals, but European titles and rainbow jerseys as well.

Far from being an afterthought, or a low-key, end-of-year wind-down, the Track Champions League is something Archibald has had an eye on since long before you were probably aware of it.

“I’ve been looking forward to this for a year and a half,” she says. “To have a racing league at the top level for track cycling.”The league’s great potential, as Archibald sees it, lies in the opportunities it might offer track riders – especially sprinters, who cannot as easily pivot to the road, where paid positions are more plentiful – to make a living from the sport.

Track cycling’s perpetual orbit of the next Olympics inevitably engenders a professional dependency, one that Archibald hopes the Champions League may go some way to weaning the sport away from. It could also serve as a riding tide to lift all boats.

“If you can win the series, or even middle in it, [the prize money] is a route to fund yourself for another year, to make it to the series again, keep developing as a rider, and give you a bigger shot at that Olympic dream. Which isn’t the case for every nationality. The British riders receive funding from UK Sport, from national lottery players, and there’s a similar setup in Holland. In Germany it’s national service for them, and Australia has sport funding. Of the 180 nations in the world, there’s maybe about 20 that are funded around their Olympic sport. For everyone else this should improve the level at the Games.”

Before the racing kicked off in Mallorca, a lot of attention was on the prize money. That the overall pot on offer is pretty damn decent, for one thing, but more importantly that the amounts awarded to the female athletes is the same as that on offer to the men.

Somewhat symbiotic to that, and from the point of view of equality, Archibald believes, at least as significant, is the fact that in the Champions League men and women receive the same televisual treatment.

While road races such as Danilith Nokere Koerse, which runs men’s and women’s races, are increasingly making headlines by offering the same size purse in each, few – if any – have gone as far as to televise the same amount, or proportion, of the races themselves. While this year saw the first ever women’s Paris-Roubaix, Lizzie Deignan’s winning move was missed, because it took place before the cameras had even been switched on.

In contrast, at the UCI Track Champions League, there is the same number of female competitors as male, their races are the same length, and they are given the same TV time.

“I think it’s important that we have equality of exposure,” says Archibald, “because it’s so important when ‘market forces’ get struck back in your face. It’s as if they’re saying: ‘Well, nobody knows who you are. Nobody wants to buy tickets to see you race. Nobody’s going to sponsor the event. Nobody’s going to give you prize money.’

“I’ve made that sound more aggressive than it is, because usually it’s nice people saying it. It’s like, ‘Listen, I would love to help but “market forces.”’ But all the pieces move with each other, and they work as excuses for each other. Well nobody knows who we are, because you don’t show people. So yeah, that’s why I’ve been so excited for this for a year and a half.”

“‘It’s a treat, I get to develop myself as a racer’ – Archibald on UCI Track Champions League”

This is where we start to see the other side of Archibald’s leadership. Less effable, but no less real. Though she is first to admit that this is a product of her performances on the track.

In the space of a little more than a single Olympic cycle she has gone from the junior member of the Team GB women’s endurance squad to one of its two most senior figures.

Olympic medals are currency in the corridors of the national cycling centre, and two golds guarantees someone a hearing that a less decorated rider would likely not be afforded.

“I like the voice that it gives me,” she says, “and I think I’m ready for that voice. When I was younger, and nobody was listening, I probably was saying some stupid things. I’m grateful to the people that encouraged me to say it anyway. Now people listen, and I hopefully try to listen to my younger teammates as well.

“There is a level of authority which can only be reached with the results. It’s a strange world, professional sport, because your charisma or your leadership skills, your powers of projection, your sense of reasoning, they shouldn’t necessarily be assessed on your VO2 max. But in a strange way they are, because you have this authority of ability, where you only have the right to be a leader if you are also the most successful rider. It doesn’t make sense, but it is what it is.”

Surprisingly, it seems that Archibald is finding it harder to take on leadership responsibilities on the track than off. Her first Olympic gold medal came in the team pursuit in Rio. She describes that team as where she finds “my greatest level of comfort, the way I find it easiest to expect excellence.” Her second gold was won alongside Laura Kenny, thanks to a flawless Madison performance in Tokyo. Increasingly, however, she is expected – as well as expecting herself – to get the job done in the individual events.

As the recently crowned world champion, the omnium in Paris 2022 is the biggest goal on her horizon.

“I think my big challenge is coping with the emotional strength of qualifying that spot, contending for that spot, having to perform on your own.”

“The Sprint Explained: Raw physical strength crucial in race that can hit 70 kph”

The freedom of the TCL

In the shorter term, however, Archibald has the next four rounds of the Track Champions League to look forward to. As real as the racing is, it can’t help but be lower stakes than an Olympic final, with somewhat higher margins for error and more freedom to enjoy it.

“It’s nice having two quick races in quick succession, as you have time for an opportunity for redemption. If the scratch race goes wrong, straightaway you’ve got another chance. No, no, I can fix this! So I like that.”

“You shouldn’t really be able to have a bad first round,” she continues, “because it might take you out of contention for the overall, but it’s an opportunity to play around with my tactics in a way that I probably wouldn’t get with a World Championship, where you could lose it all in that one day. Here, with five rounds, I can try something different, and if it doesn’t quite work out, hopefully make up the deficit at the next round.”Archibald is a proud participant in this brand new competition. The quality of the field, she believes, speaks volumes:

“We have both the Olympic silver and bronze medallists in Yumi Kajihara and Kirsten Wild from the omnium in Tokyo, the current omnium world champion in myself. We have a field of international riders, somebody from most continents. So the men’s field has a rider from South Africa and we have riders from all over Europe, Asia and America. Yeah, we’re ready to knock each other’s pans in for the fans.”

The UCI Track Champions League returns for round two on November 27 and you can watch all of the action live from 16:30 GMT on the Eurosport app, eurosport.co.uk and discovery+. Find out more about the “mind-blowing” new era for track cycling.